These images are intended to show costuming problems encountered at LNT's dress rehearsal for "Sense and Sensibility" on October 4, 2017.

I have photographed productions for Lost Nation Theater for many years. My standard rate is $200, but work "pro bono" for LNT because I believe in what they are doing, and know their margins are extremely tight.

It's customary for me to give between 8 and 10 hours in photography and post-production editing for each show. "Sense and Sensibility," however, took 22 hours. The added time resulted from problems with the costuming.

I was scheduled to photograph the dress rehearsal at 7 p.m., October 4. I arrived at 6:30, but waited until 7:40 for the dress to begin. The delay was due to problems with costuming. Blouses were falling open, sleeves were unattached, hems unfinished. In some cases, there was a danger of tripping. (In fact after the dress finally began, it had to be stopped when one problem hem proved dangerous and was adjusted on the spot.)

The actors were so wrought-up over having photographs taken with their compromised appearance, I made a brief announcement before the curtain went up, saying, " I know you are concerned about photographs tonight. I'd like to come back at a later date to get archival imaging, but it's important we shoot now for publicity. Attendance will suffer if we don't get images out with press releases. I promise to shoot around obvious problems, and will spend additional time fixing everything else in post-production."

With that, the play began. Unfortunately, because of the late start, the dress concluded some fifteen minutes before the play's end.

Editing the dress was difficult. Additionally, my work was replicated three weeks later, when I shot and edited play imaging again, for LNT archival use.

The costuming issues were directly responsible for more than doubling the time I devoted to this production photography. For me it was a major inconvenience. If my work were not donated, it would have resulted in more than $2,000 in additional expense; money LNT simply does not have. 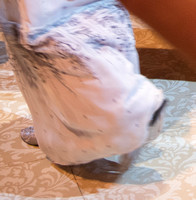 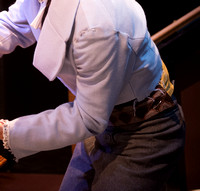 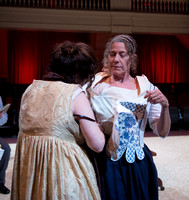 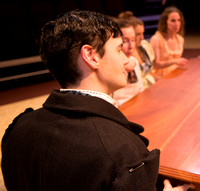 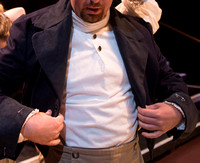 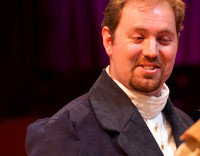 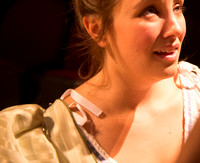